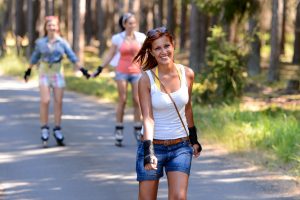 Roller skates continue to improve and exceed expectations. If you’ve never given this fun activity a chance, you need to try it today! Head to Wheels Skate Center for a good time. Check out our schedule.